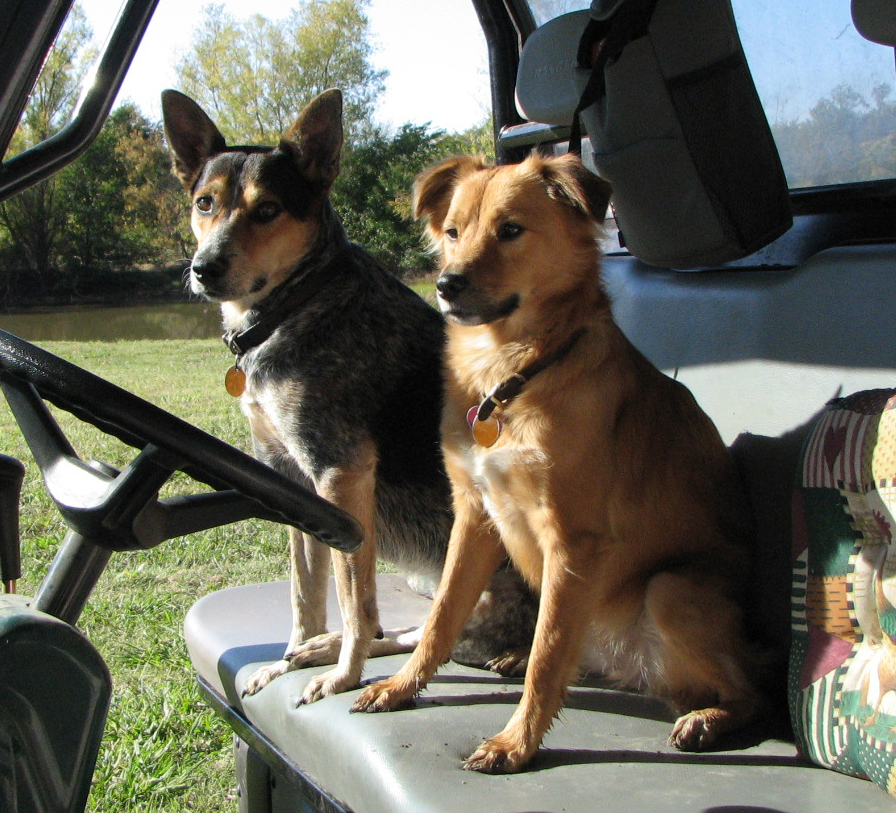 I had a very close call with a herd of antagonistic feral pigs. My reaction to it mirrored being narrowly missed during rocket barrages while stationed at Da Nang Air Base during the Vietnam War.

This was surprising because I have experienced emotional traumas and professional near-disasters that were much more harrowing in the decades since those heart stoppers. However, surviving none of these gave me the heady delight that came from just barely escaping death by 144mm rocket. Until a mob of feral pigs almost got me on our ranch in Texas.

My wife, Amy, and I were turning some heavily wooded and creek-cut acreage into an ecological haven of renewed tallgrass prairie and protected species habitat. Out there, coming in contact with wild pigs, one way or another, became an almost casual event.

Not long after starting this project, neighbors told us about a guy hunting on the property just before we purchased it. A short way into the woods, he found himself surrounded by wild pigs. One hit him behind the knees, taking him to the ground. By the time his friends were able to rescue him, moments later, his overalls had been ripped from his body. They rushed him to the county hospital, where he received 71 stitches for his more severe wounds.

We considered this story a scare-the-newbies sort of thing until we found his shredded overalls right where they said the attack occurred.

There was also an apocryphal tale from Mr. Sales, a neighbor to our south. He claimed that he had spotted a male hog in our forest that could have weighed up to 500 pounds. Sales was a frequent poacher, mooch, and liar according to both our and our neighbors’ experiences with him. We were inclined to dismiss almost anything he said.

However, not long after his warning, I fought my way to the far southwest corner of our back 40 to inspect and repair the fence line. On my return, less than 20 yards from where I had been working, I came across a still-steaming pile of pig scat. The bore of this scat was the diameter of my ranch work enhanced upper forearm.

I hadn’t heard a thing, but I understood that the pile was a message. After an intense scan of the dark underbrush, I carefully made my way back to the trail and got out of there.

A few weeks after that event, a local policeman was fishing and relaxing by the large tank behind Sales’ house just off the southern border of our land. His toddling grandson, still within eyeshot, had wandered about fifty yards away.

With a start, the sleepy officer realized that a boar the size of a heifer was hungrily eyeing the child. He woke up fast and fired his revolver, scaring the giant pig back into our woods.

He formed a posse of sorts with Sales and another neighbor to go get the monster. They found it, shot it dead, and dragged it out of the trees back to Sales’ place with ATV’s and a tractor.

In Dallas that day, Amy and I missed the excitement.

Although I was not able to see the hog before they butchered it, I got a good gander at its bloody spine a couple of days later. It was over six feet long from shoulder to hip.

I had to admit that Sales’ stunning estimate of the boar’s weight could have been on the low side.

Many years later, I took a walk with our dogs Mable, a sheltie mix, and Dotty, a sweet and smart Australian Cattle Dog, or Blue Heeler. I was, by now, knowledgable and at ease with the local wildlife. Maybe complacent.

We were following a new trail that traversed the back 40, starting from where the monster boar had been found to Cross Creek in the center of the parcel. On these walks, Mabel usually stayed on the trail near me, while Dotty made sweeping figure eights through the forest.

Along the way, I began to notice a lot of fresh pig tracks of various sizes and caught the smell of their feces. Unlike other animals, hogs defecate where they sleep. So, clues like that usually meant a sounder, numbering anywhere from a handful to many dozens of swine, camped here for a day before continuing to forage after sundown.

Then we came upon a fresh pile of scat. Somehow, I made it fit the narrative in my head: they were here last night, not now.

All of a sudden, a 400-pound boar crashed out of the underbrush and crossed the trail at full gallop about 25 feet in front of me. Dotty was right on its tail, barking with glee.

This was a huge pig compared to all we had seen in the previous ten years.

Assuming the heeler had scared up another bachelor pig, I trotted 10 or 15 feet up the path to get a better view.

I kneeled and peered into the foliage. Almost immediately, I heard a sharp, loud sound from behind. At first, I thought it was from a .45 caliber service pistol that had been fired about 100 yards away. Reconsidering, it seemed more like the combination of a grunting sound and two major-leaguers hitting baseball bats together.

Spinning around to see what it was, I felt an electric surge of alarm. Directly in front of me was a sow looming nearly as large as the boar Dotty was chasing. The big girl had snorted and crunched her whopping tusks as a warning.

She gave me a menacing look, stamped her feet, and held her head low in preparation for battle. A few other good-sized sows moved around behind her, making a formidable wall between me and at least a dozen spotted piglets.

Inside my head, I screamed: “rookie mistake!”

Amy and I had noticed that a sounder of feral pigs always settled in for the day on peninsulas created by a bend in a creek or where two branches of a stream met. This gave them the high ground advantage on two-thirds of their perimeter. Within it, they concentrated their piglets in the center of the herd, encircled by the highest-ranking females. Beyond the core, the breeding male, assisted by young males and females, formed the outer defense.

I had stumbled right into the middle of the herd through an opening created by Dotty. It was not lost on me that something similar had occurred to the hapless overalls guy. Unless wounded and cornered, that would be the only time wild pigs would choose to attack an adult human.

Again, the big mama grunted and gnashed her menacing tusks.

Turning to Mabel, I yelled, “Run!” She didn’t need to be told twice.

As the huge sow lunged at me, I scrambled up the nearest eastern cedar faster and with more agility than I believed my 63-year old body could manage.

The big pig made huffing noises and hopped on her forefeet while glaring up at me from just below my boots. I struggled to inch further up the thickly-branched tree as more angry pigs joined her, swirling around the base of my refuge.

I was straining to get into a position where I could reach my phone when Dotty rushed out of the trees and prompted a bunch of my assailants to squeal and run in the same direction as the large boar.

This worried me. A large number of pigs could surround Dotty and slash her to death.

I needn’t have bothered. Moments later, Dotty again exploded from the underbrush and drove the remaining bulk of the agitated herd over the creek bank’s edge. The barking, the squealing, the din of hooves on hard dirt, and the sound of the entire horde splashing through the creek and rumbling up the far bank made for an impressive soundscape.

Dotty stopped the chase at the rim, seemingly pleased with herself. We watched the last of the substantial sounder scramble up from the creek bed, heading east toward a neighbor’s place.

After working my way to the ground, I called out for Mabel. She slowly and suspiciously approached us from up the trail.

Dotty was all charged up and rightfully so. She pranced around a small clearing, panting heavily. It looked like she was sporting a broad, self-satisfied smile.

“Dotty just had the best day in her life,” I told her. “And I haven’t felt this alive since Vietnam!”

The Giddy Elation of a Close Call

An Education in Feral Swine

1 thought on “Hog Wild and Dotty”